The story about Joseph and his brothers has been building in intensity this Lent. Each day, as a little bit more is revealed, it seems that the story gets more and more interesting. So far we have seen Joseph's bratty attitude in the beginning, heard his brothers plot his death, waited with Joseph in prison, and bit our nails when he interpreted Pharaoh's dreams. Now, the tables have turned, Joseph has been elevated to second-in-command, and his brothers have come because of the famine. We wait with baited breath to see if this is the time where he gets his revenge on them for all those years away from home--years he can never get back. But we only get a bit of the story, and if you don't know how it ends, then it can be pretty suspenseful.

I don't always do well with suspense; I am impatient and want to know what happens. If you've been watching the TV show Walking Dead recently, then you probably have been experiencing some of the frustration that happens when things go unresolved. Will they make it alive? Which character is going to die this episode? The same is true with music; we want things to resolve. For example, just try going to a piano one day and playing a melody. When you get to the penultimate chord, stop and walk away. Even if you are able to leave the final chord unplayed, I bet you will be silently humming it in your head.

Suspense can be frustrating, but it also makes things interesting. Walking Dead wouldn't be nearly as good if we knew exactly what was going to happen. And music is made richer when a little dissonance is added (they are called suspended chords for a reason). 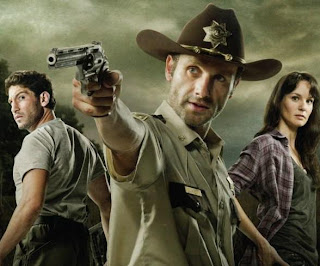 http://www.zuil.com.br/wp-content/uploads/2010/11/TheWalkingDead_Internacional.jpg
The same is true for our faith. Sometimes I get so frustrated that I don't know all of the answers to questions and problems that arise. "It would be so much easier if I just knew what was going to happen" I sometimes catch myself thinking. But if I really think about it, a life of complete certainty--no surprises, no suspense--would be boring.

I don't know exactly what my life is going to look like. I don't know exactly what is going to happen when I die. I don't always know if I am making the right choices. But I will take this life of suspense over monotony any day. We have been given a sneak preview of what the kingdom of God looks like in the person of Jesus Christ. Jesus taught us to expect the unexpected: that leaders will have to be servants, enemies are to be treated as friends, and the poor will inherit the kingdom. Nope, not what they were expecting. But it's so worth it.