If you know anything about me, you know that I love food. Well, I suppose it's not really love so much as lust. Macaroni and cheese, tacos, quesadillas, black beans, desserts (pound cake is my favorite, but anything chocolate is always good), and my absolute favorite of all time: fresh bread. Yum. My mouth is watering just thinking of them. Several of my friends can attest that my eyes light up and I get all excited when one of my favorites is being served. I'm a vegetarian, but probably the worst vegetarian ever--I don't like a whole lot of vegetables, and I think iceberg lettuce tastes like crunchy water (in my defense I do like spinach salads). I eat fish when there isn't another option, so technically I'm not even a vegetarian but a pescatarian. So my diet consists of a few vegetables, fruit, and lots of grains and dairy. Not the most balanced diet, but oh well. 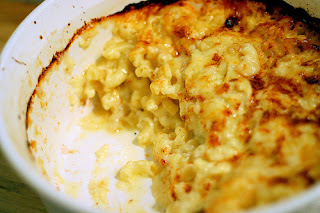 http://static.flickr.com/117/279856758_0e23f6fedc.jpg
Living on-campus at my seminary, one of the blessings is that our food is provided for us (as in, it is cooked for us, not that it is free). But it has turned out to be somewhat of a curse as well; buffets are my mortal enemies. Instead of getting just what I need, I put a little bit of everything on my plate. "Why, yes, I would love some mac and cheese." "Veggie chicken nuggets? My favorite!" "French fries with ranch? Yes, please!" "Chocolate cake/brownies/pie/cookies/lemon bar? Of course!"

But then I get to these verses from 1 Corinthians: " 'Food is meant for the stomach and the stomach for food,' and God will destroy both one and the other" (v. 13). "Or do you not know that your body is a temple of the Holy Spirit within you, which you have from God, and that you are not your own? For you were bought with a price; therefore glorify God in your body" (vv. 19-20). I stare down at the second bowl of popcorn I've demolished and sigh. We live in a culture of excess; even the poorest among us in the U.S. have more than people in other countries. When we live into this culture of excess, greedily eating more than we need, we are not honoring our bodies. With this behavior we also are not honoring the other members of the Body of Christ. I don't know about you, but I tend to eat a lot, without much thought of people who don't have the privilege of eating three meals a day. Every once in a while I need to be reminded of this.

Last night I gave a presentation on Christianity in Asia (specifically my experience in Myanmar). During the presentation I recounted an experience I had had in a rural village. Here is the excerpt:

I had considered myself a “good” Christian (whatever that means) but in a mere month the people I met in Myanmar demonstrated more genuine faith than I felt I had known in my lifetime. An illustration of this would be when we went to Maw Bvi and visited the homes of local villagers. Two seminarians from Holy Cross [the local Anglican seminary] went with me. In the last of these houses we visited we were presented with a small bowl of beans [which I think had been their dinner and when they found out we were coming they gave it to us]. I looked down to see that there were ants in my bowl. The seminarians must have seen me looking down intently because when our hosts were not looking, one of them quietly switched bowls with me, and then both of them began to eat around the ants. What made me feel worse is that I had already decided to risk being ungracious by not eating at all because I was unsure if the food had been properly cooked or about how long it had been sitting out. So I sat there feeling both humbled and humiliated, unable to convince myself to take a bite despite my feelings of guilt.

So what should I do with these feelings? To be consumed by guilt would neither be a productive use of time nor would it honor the Lord. For reasons known only to God, I have been abundantly blessed. My new friends helped me realize that out of this abundance I am called to respond to the world with grace, humility, generosity, and love—and through all of this I hope to demonstrate gratitude to God.
One cool thing my seminary does during Lent is it hosts a weekly Soup & Bread day. On Wednesdays those involved pledge to only eat soup and bread, instead of the other hot meals. The money the food service company saves (because soup is cheap) is donated to the Episcopal Relief and Development's (ERD) NetsforLife program. We usually end up donating thousands of dollars--last year we potentially saved over 800 people from malaria! This practice of eating less helps remind us of the abundance we have. 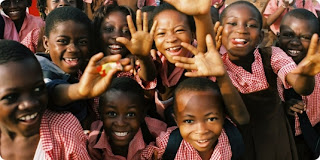 *My apologies for not posting yesterday. It was one of those days that just got busier the later it got, and when I finally finished my schoolwork at 1:30am, I decided that sleep would be a wiser choice than blogging, since I had a presentation in the morning. The perfectionist in me is so tempted to make up the lost work, but one of the things I need to work on is letting go and saying no. This reading came to mind when thinking about missing yesterday. It comes from A New Zealand Prayer Book's Night Prayer, on p. 184 (this is such a sweet service; you should really check it out sometime--and p.s. the bolding other than the amen at the end is for emphasis and doesn't appear in the original book):

Lord,
it is night.

The night is for stillness.
Let us be still in the presence of God.

The night is dark.
Let our fears of the darkness of the world and of our own lives
rest in you.

The night is quiet.
Let the quietness of your peace enfold us,
all dear to us,
and all who have no peace.

In your name we pray.
Amen.