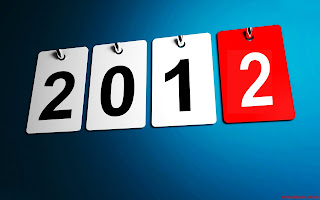 Some of my college friends and I have a tradition where we pick a word to represent the year, as a kind of focus for meditation or reminder of something we need to work on. We don't necessarily have to think about it every day, and we might not even think about it very much, but it's been interesting to see how sometimes the words have defined my years, even if only a little bit. Here are my words for the past few years:

2010 saw the end of my first year of seminary, where I had been stuffed with abundant information. The highlight of the year was the birth of Isaac and Evelyn, making me a Godmother once again. Those two bring me (and everyone else) abundant joy. 2010 also was marked by periods of loss. The year began with an Earthquake in Haiti, a tragedy personally affecting three of my friends and fellow students. I spent the summer in Omaha doing CPE (Clinical Pastoral Education) working as a hospital chaplain. Being with people during intimate moments of pain and suffering was one of the hardest things I have ever done, and in listening to their stories I realized the abundance that I actually had been blessed with. Finally, in October our school chapel burned. Yet out of the ashes we arose stronger and our relationships with one another and with the Church community deepened. There was an outpouring of love from family and friends all around the country. Abundance, indeed.

2011 began with a month-long immersion in Myanmar. Seven folks from VTS traveled under the guidance of Kitty Babson, an alumna who has traveled there over 50 times since the '90s. We formed new relationships with theological students and reconnected with former VTS classmates in Yangon, were the guests of honor at a dinner in Hpa-an, rode elephants and led a retreat in Toungoo, and watched gorgeous sunsets from temples in Bagan. Everywhere we went, we were welcomed with songs and sometimes even dances! Bishop Stylo and Bishop Wilme and people everywhere, stranger or friend, showed us hospitality the likes of which I have never before seen. In fact, we were so moved by the people there that we pledged to help some of our friends with a project. Eleven months later, thanks to the generosity of friends and family all over the country, I am overjoyed to say that we met our goal! I will never forget the kindness of the people of Myanmar; they remain in my thoughts and prayers, and I treasure the memories of my time there.
Came back from the trip exhausted to middler spring semester, arguably the most difficult semester in seminary. Then finally made it to summer, where I traveled some but mostly took it easy; it was a time of renewal, of release (for more on this see earlier post). Then began my senior year, a time of beginning to let go, to say goodbye. This included giving my senior sermon, taking a class with a professor who was retiring, and taking advantage of being so near D.C., with its (free) monuments and museums. Finally, letting go by spending my last Christmas Eve at home with my family, revisiting German traditions of Advent carols, lighting candles on the Christmas tree and baking German cookies. Thanks to the magic that is Skype, we were able to connect with our cousin who couldn't come this year because of work as well as my mom's side of the family (all of whom are in Germany). One highlight this Christmas was watching The Help as a family, which led to Grandma and my aunt and mom sharing their experiences of what life was like in the South for white women. It was interesting to hear their perspectives and to learn of the relationships they had formed over the years.

And now we have come to the end of the year. Four years ago (exactly) I became vegetarian, and am still going strong. I never would have imagined I would be where I am now. I wonder what this next year will bring? Among other things:

In thinking about what word would be good for this coming year, I thought of hope, which, as a theological virtue, can be defined as "openness to the future" (this was me proving I've been studying, haha). This would be appropriate for what the Great Unknown that lies ahead. But the more I think about it, a different word feels better, somehow. This past year I've been coming to terms with who I am and how God made me. And in learning to love the version of God's image that is me, I have found a sense of happiness, of contentedness. I thought it would be good for me to continue to cultivate this process. And so, without further ado, ladies and gentlemen, I present to you my word of the year for 2012: joy.

I hope 2012 brings you and your loved ones much joy.


"For you shall go out in joy, and be led back in peace; the mountains and the hills before you shall burst into song, and all the trees of the field shall clap their hands."
Isaiah 55:12
"This is the day that the Lord has made; let us rejoice and be glad in it."
Psalm 118:24
[side note: don't know if you noticed, but both of these verses have been put to song...] 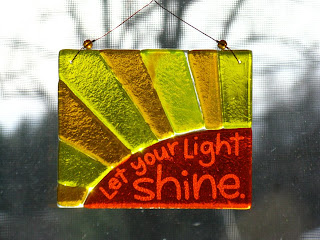